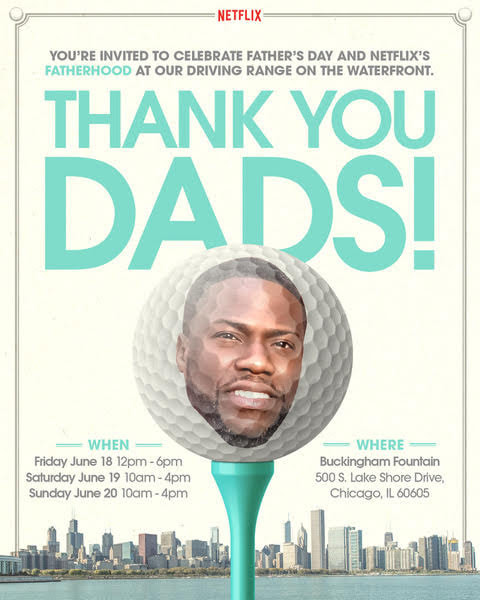 ​Get ready to laugh, cry, and experience the joys of raising children during this Father's Day weekend. Whether you're planning to celebrate at home or take the family out this weekend, there's something for everyone. This Friday, Kevin Hart's new film called Fatherhood begins streaming on Netflix. The movie is based on a true story of a widowed dad who is learning the ropes of raising a daughter on his own. 'Fatherhood' also stars Chicago's own Lil Rel Howery alongside legendary actress Alfre Woodard.

To celebrate the release, Netflix is bringing a driving range pop-up to Buckingham Fountain this Father's Day weekend to celebrate all dads. The free event is full of photo-ops, prizes and games, including a chance to swing for the green, which is on a barge 75 feet away on Lake Michigan.