The deal is set!  Lollapalooza will be in Chicago for another 10 years.

Now, that planning is underway for our next year. We wanted to to take a look back and some of the biggest highlights. 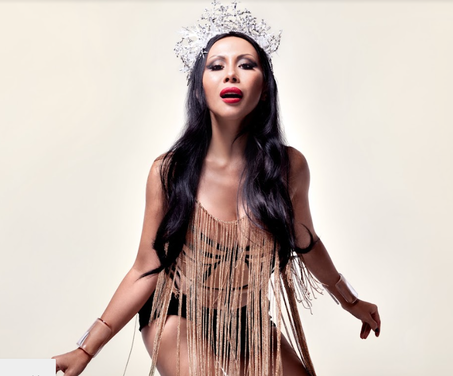 photo by Walid Azami
Headliner Chicago: (Perry Farrell) was with Billy Corgan & Jimmy Chamberlin in Highland Park for the Together and Together Again benefit fundraiser. What was it like for him to be there for fans in the Chicagoland area not just for the fun times, but also in a time when Chicagoland needs healing?

Etty Farrell: It is very important to both Perry and I that we extend ourselves and help a city that has given us so much.
When Lollapalooza first started we worked with a foundation and would donate a certain amount every year and they would open a new park in an area of Chicago that may not have had the ability to do so. It’s really important to create safe spaces for kids to play.  We also worked with several after school care organizations that offered programming for kids after their school day. It’s all about nurturing the kids and giving back to the community. We built something together with Lollapalooza and we consider Chicago our family and home town as well.

Headliner Chicago: Talking Lollapalooza - there's so much speculation and anticiatipation when the acts get announced in the spring. What's that feeling for you once the lineup gets announced and fans get to share in their excitement?

Etty Farrell: If the fan reaction is good we are excited!  If the fan reaction isn't amazing we may think we made a mistake. That said, I know when we are booking we've done our research and as festival producers and promoters we are curating this overall experience for our patrons. From the outside, the  lineup might not make perfect sense to fans, but when you come out to the festival and everything plugs into each other, you get it!  We are equally as excited as our patrons every year.

Headliner Chicago: Chat with fans about the experience of getting there early at Lollapalooza. In recent years Lizzo, Billie Eilish, Japanese Breakfast & Dua Lipa have all had early slots, now they are all headlining acts that sell out stadiums across the globe.

Etty Farrell: We feel like we are their proud parents in some way and we are so happy for them. I remember watching Dua Lipa for the first time at Lolla. She performed on stage and it was  in the  same field across from the main stage. I thought “oh wow” and I made a point to see her. That show and her as a performer have grown so much. It is so nice to see artists grow and then have their victorious homecoming.

Headliner Chicago: Over the years, we've got to see some repeat performers at Lollapalooza in Chicago. Yet, there are the acts we've only seen there once and they've become legendary. For me, it's Daft Punk, but for you who is that once in lifetime concert experience that's been a part of Lollapalooza?

Etty Farrell: So many,  but Paul McCartney takes the cake. How amazing is it that to have Paul on stage; he’s a Beatle and a music legend! He only performed that one time at Lolla but he played the hell out of that show. I remember he played  Live and Let Die and there were fireworks and pyrotechnics going off. I  think even the City of Chicago had fireworks at the same time as the stage. It was glorious. We only booked him once but he made a presence and a great story!

Headliner Chicago: For over 15 years, Lollapalooza has made a home in Chicago. What's your hope for continuing that tradition in Chicago for the next 10 years in our city?

Etty Farrell: Our hope is that Lolla will continue to grow. I really wish for Lolla to be like it was back in the 90s;  a festival that really forged ahead with an alternative lifestyle. It brought people together. It brought a lot of underground artists to the forefront. We want to keep introducing newart and bands to our patrons.We want to keep spreading love and peace through music. That is our mission. ​