Movie lovers, mark your calendars for September 3rd, as theaters across the country celebrate National Cinema Day with $3 movies. National chains like AMC and Regal are participating along with local spots like Logan Theater, The Pickwick in Park Ridge and Hollywood Blvd in Woodridge. Now, a chance to check out the latest movies or a summer film you have to see on the big screen.

Celebrate with a first date, the family, friends, date night or by yourself, here's a list to check out. For a complete list of theaters check out Nationalcinemaday.org 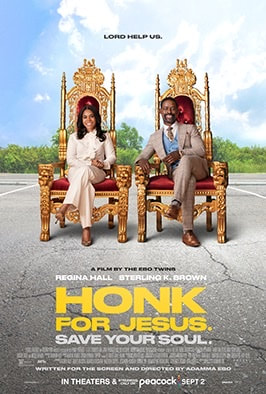 Honk for Jesus.  Save Your Soul
​​Opening September 2

This new satirical comedy brings This is Us star Sterling K. Brown & comedy queen Regina Hall together as husband and wife. They were the power couple behind a Southern Baptist megachurch, and after a scandal forces their church to close, they've got to come up with a plan to rebuild their congregation for the big comeback they need to reopen their doors. 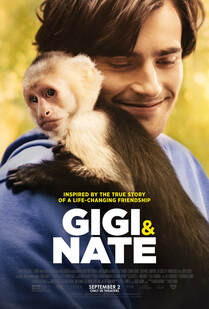 This film is based on true events on the story of Nate Gibson (played by Charlie Roe) who suffers a near-fatal illness and left a quadriplegic. He meets an unlikely service animal named Gigi, who is a capuchin monkey. Gigi is trained to assist Nate with basic needs, but also unknowingly gives Nate unexpected hope. The film also stars Marcia Gay Harden & Jim Belushi. 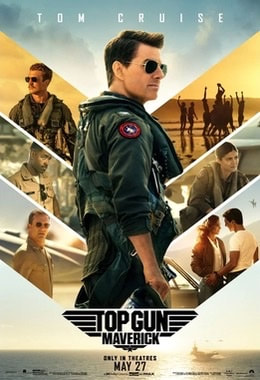 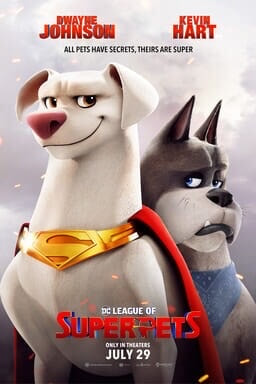 DC League of Super Pets
Now Playing
​
This animated film is fun for the whole family. We get an A-list roster of voices including Dwayne Johnson, Kevin Hart, Kate McKinnon & Natasha Lyonne in this film about the pets of our favorite superheroes. Krypto, who is Superman's best friend and super pet needs to bring his animal friends together to rescue Superman, after he is kidnapped. 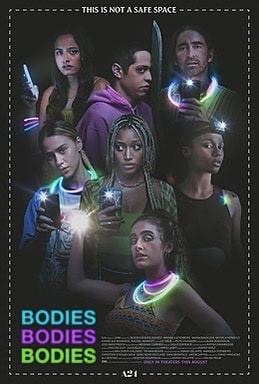 Looking to scare up some fun at the movies? Check out this thriller of a group of rich 20-somethings who plan a party at a remote family mansion. Things turn dark when a party game turns deadly in this new twist on finding out who is your friend and who is your frenemy.