Moulin Rouge! The Musical! is an exclamatory (!) hit!
Glitter, sparkles and spectacle! Oh my! 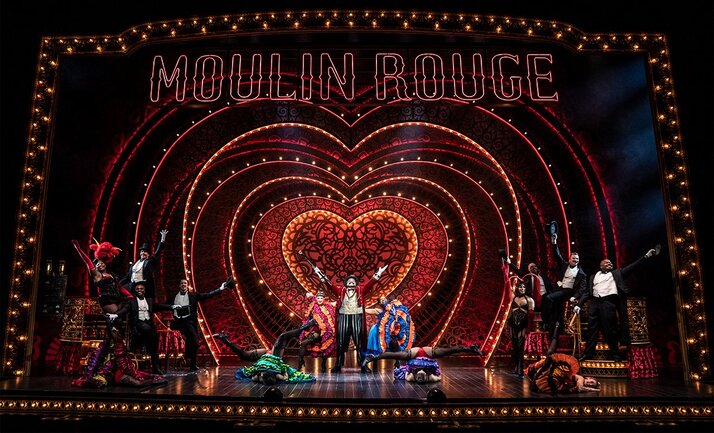 I have to admit … I have a weakness for a musical with an exclamation point in the title.

When Rodgers and Hammerstein released Oklahoma! in 1943, a Broadway trend was born: the exclamation point in the title means “it is a MUSICAL, damnit!”   From there, we were given Oliver!, Fiorello!, Hello, Dolly!, and, more recently, Disaster! and Something Rotten!.

But make room for Moulin Rouge! The Musical!, a musical so musical that it requires two exclamation marks.  And, boy, does it live up to this punctuation.  If you are an audience member who wants spectacle with a side of sparkle covered in glitter and confetti, have we got a show for you.  Exclamation point! 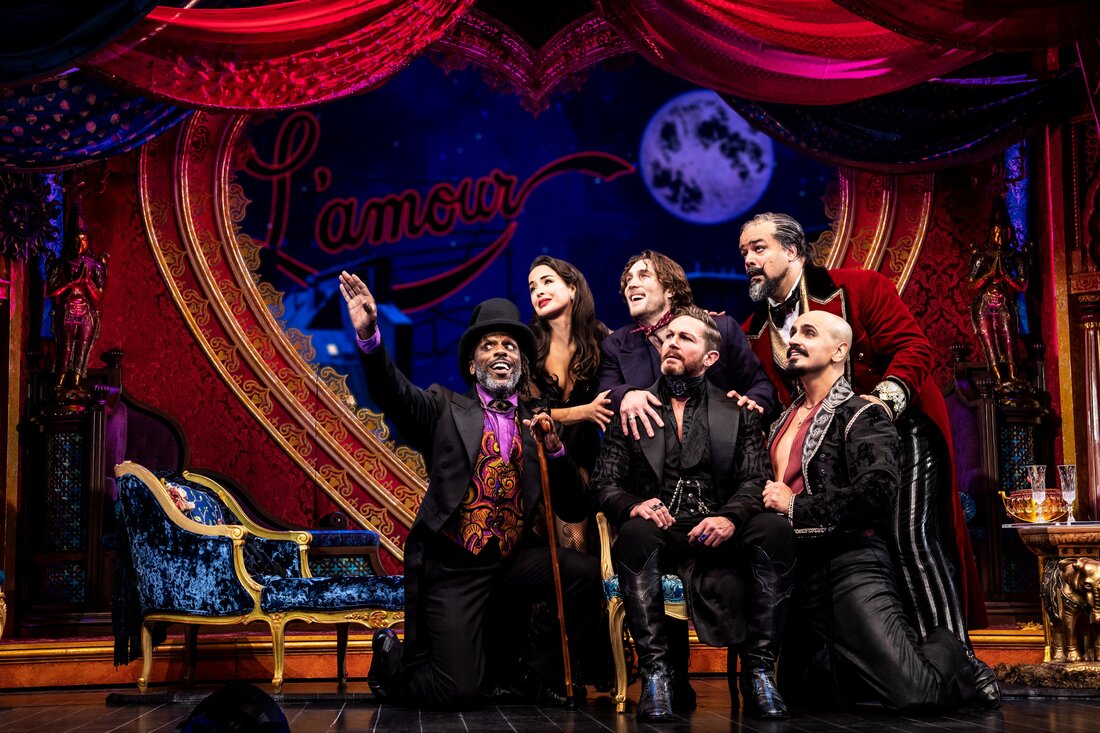 Based on the 2001 Baz Lurhman film, Moulin Rouge! The Musical! is the story of truth, beauty, freedom and love set to the score of some of the biggest hits of the last fifty years.  The film was polarizing and revolutionary in its release: critics either loved it or loathed it.  Audiences ate up the juxtaposition of Elton John and Nirvana set in a turn-of-the-century Paris nightclub, but felt jarred by the “MTV edit” of the camera work.  It was nominated for eight Academy Awards (including Best Picture) and won two awards.  The inevitable Broadway adaptation won ten Tony Awards (a rare benefit of Covid 19).  The world tour has premiered in Chicago, with its eye set on capturing the energy, vivacity, and spectacle of the film.  What is amazing to me is that the stage version actually makes the film look subtle.  Every inch of the Nederlander stage is covered in decadence; no choice is too big or too bold.  It is the rare tour that is able to bring all of the magic and spectacle of the New York theater on a bus and truck tour of the United States.

If you are looking for an evening of great music, dazzling dance, and beautiful people in gorgeous costumes, Moulin Rouge! The Musical! is for you.  Stars Conor Ryan (Christian) and Chicagoland’s own Courtney Reed (Satine) bring depth and humanity to our central romance.  I was pleased to see two highly-talented and consummate performers make choices that elevate the uneven book: they make this production better than the text reads on paper.  I was hoping for the same elevation in Austin Durant’s Harold Zidler and David Harris’ Duke.  While both performers are highly talented, they are cut off at the legs by confusing dialogue and shallow character arcs. 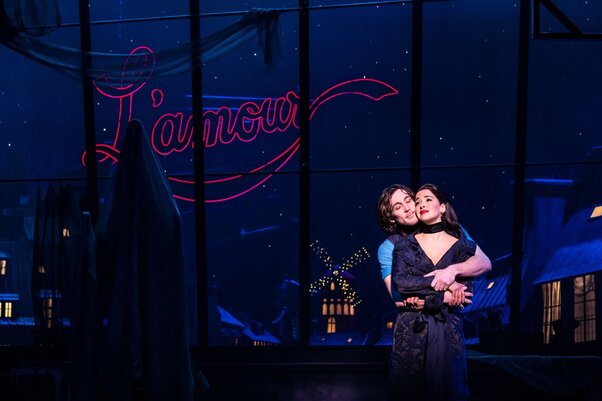 Let’s be honest - few come to Moulin Rouge! for the story.  We know what we are getting into when the ending is disclosed within the prologue.  We are here for the music!  The soundtrack features almost every song from the film, plus the addition of at least twenty more pop tunes.  The hits keep rolling like a Now! That’s What I Call Music! CD.  (Which, ironically, found a title needing two exclamation points as well).  Never in my life did I think I would hear Bad Romance and Toxic in an epic tango mash-up.  It was exactly what I was missing and never knew I wanted.

My only trepidation about this production is the shelf life.  As the winner of the Tony Award for Best Musical, will this musical still have relevance in twenty years?  Moments of the production feel a bit passe when compared to the shock value the film brought twenty years ago.  Will audiences in 2042 see this as an exciting piece of theatre or a jukebox musical for the post-Glee generation?  Only time will tell.

Moulin Rouge! The Musical! arrives in Chicago in a time when we all need a little glitter and glamor.  Take a trip to Paris, turn off your brain, and smile - because you can, can, can.
​
3 stars (out of four) 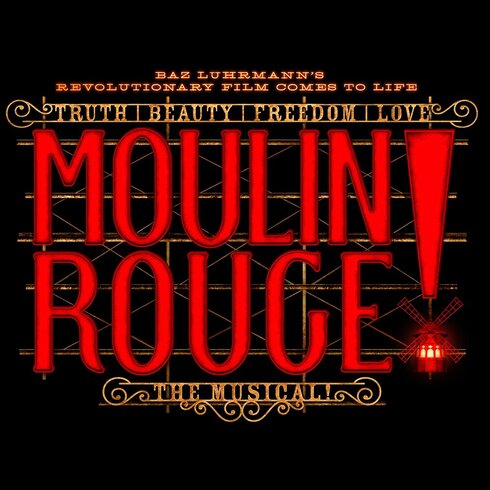