Bullock and Tatum find comedy gold in The Lost City 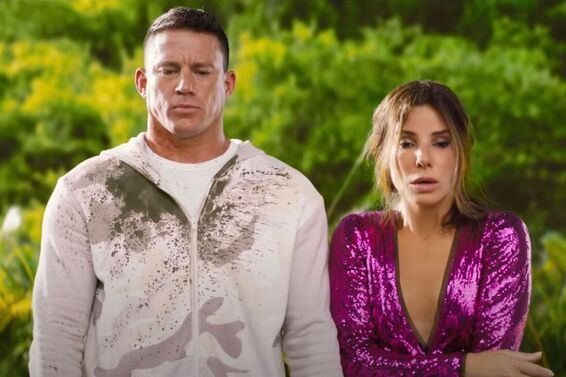 ​​Starting in the 90's, Sandra Bullock reigned as one of the queens of rom-coms, a title that she continues to proudly hold. Her latest film, The Lost City, opens in theaters on March 25th. In this film, Bullock plays Loretta Sage, a popular adventure romance novelist who has lost inspiration for new material. Loretta is ready to give up when she's kidnapped by an evil billionaire (played by Daniel Radcliffe), who wants her to decode a secret language that she has referenced in her novels to uncover a rare artifact.

One of the characters looking to save her is Channing Tatum character Dash. His name in the film is Alan, but he has come to believe he is the actual persona of the cover model and lives his life as Dash. Of course, Loretta is looking to get out of this dangerous situation and is not convinced that Dash is the one who can ultimately get them back home safely.

The Lost City is a fun ride with Sandra Bullock in the driver's seat showing us what she does best and that's to bring adventure and comedy into one seamless role.  Of course, Channing delivers some of the best moments with cameos from Brad Pitt and Saturday Night Live's Bowen Yang. Audiences are going to root for Sandra Bullock's character through her lows, her adventures and ultimately getting what she wants.

If you're looking for a date night film or girls night out, this movie is the way to go. Although it's not a rip-roaring laugh fest from beginning to end, there's plenty of jokes for the comedy fans and a fun love story for the romance fans that will make audiences happy in their journey with The Lost City. 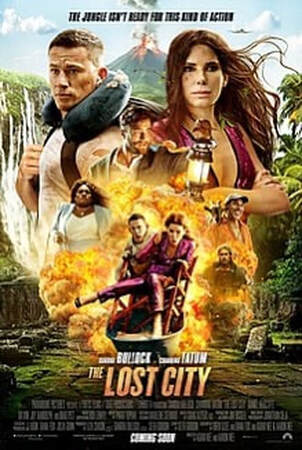 The Lost City
​is now playing in theaters nationwide