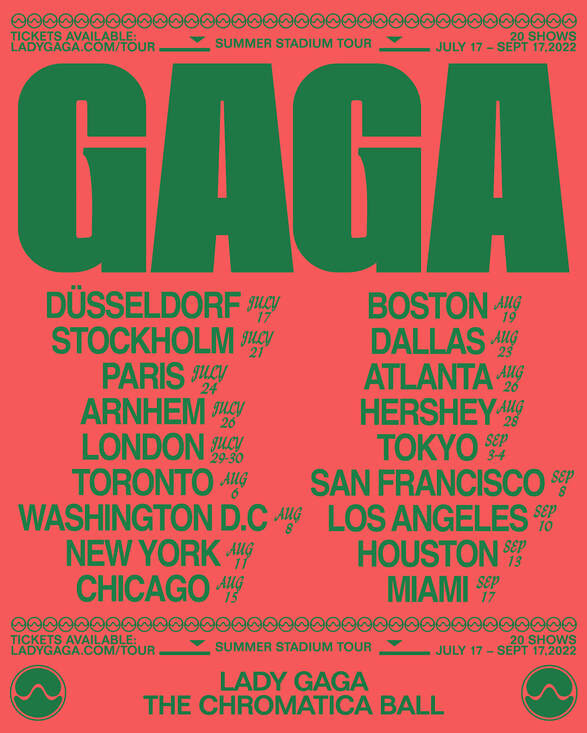 A long time ago and what feels like a lifetime ago, Lady Gaga released Stupid Love on February 28, 2020. That morning, the pop radio stations played the song and national morning shows played the video of the highly-anticipated first single from her sixth studio album Chromatica.. Then, the first week of March 2020, she announced the Chromatica Ball tour which would hit Wrigley Field later that summer.

Little did we know a few days later, the world would change forever and large-scale concerts would be placed on hold. Well, our time has finally arrived, after being postponed in 2020 and 2021, Lady Gaga's Chromatica Ball comes to Wrigley Field on August 15th. This is the second time that Lady Gaga will be taking the stage at the historic ballpark.

The Chromatica Tour kicked off recently in Germany. Here's what we know so far, Lady Gaga performs 20 songs and 9 are from Chromatica. So if you haven't listened to the album outside of Stupid Love & Rain On Me, you've got a few weeks to get familiar with the other tunes.

For many years of her career, Bad Romance was the closing number as it was her biggest hit at the time, and now she's opening this tour with that song and closing the night with her latest song Hold My Hand from Top Gun: Maverick.

Of course, fans can also expect to hear her Grammy and Oscar-award winning song Shallow from A Star is Born, along with Always Remember Us this Way.

She's running through her staple hits Poker Face, Just Dance, Telephone and Born this Way, but tunes like Dance in the Dark, Paparazzi and Alejandro have been left on the cutting room floor for this tour. We'll see how the show progresses, if she switches out songs or if this set list is finalized.

One thing for sure, fans have been waiting three years for this tour to take place and the little monsters are going to eat up every moment of what Gaga has in store for us!​