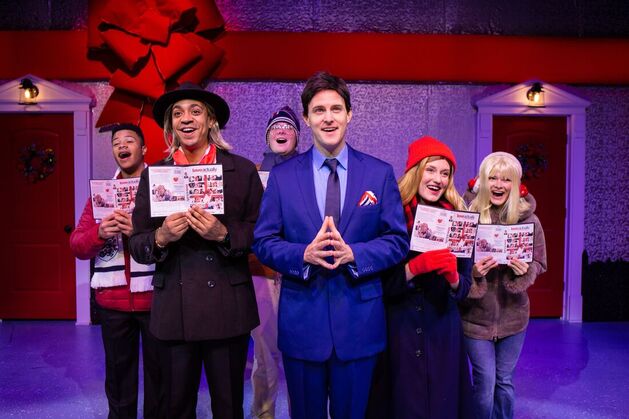 The cast of Love Actually? A Unauthorized Musical Parody
For many cinephiles, the months of November and December are a time for annual visits from George Bailey, Susan Walker, Clark W. Griswold, and, since 2003, a wide range of British film royalty in the seminal modern classic Love Actually.  This ensemble film, written and directed by Richard Curtis, is not only a celebration of romance, Christmas, and farcical English humor; it is also a template ripe for ridicule.

Eighteen years later, Chicago is given a hilarious holiday gift in Love Actually?  The Unauthorized Musical Parody.  This often hysterical and low-brow comedy offers mindless,  escapist fun for those who need a break from the holiday season.  That is, if you are familiar with the film.  For those who have not experienced the interweaving storylines of this holiday import, this humor may land with a thud.

This reviewer was pleasantly surprised to see every character, storyline, and almost every nuance of the film packaged tightly in this 85-minute musical featuring a cast of six young and vibrant Chicago actors.  This tight-knit ensemble - who play over 50 roles and change into over 140 different costumes - offer enough talent, energy, and specificity to their character choices to overcome some of the weaker song or script moments.  Actors Christopher Wayland (who offers the best Alan Rickman and Liam Neeson impressions I’ve heard),  Ann Delaney (as Emma Thompson) and Amanda Walker (as Kiera Knightley, chin and all) are particular standouts of a very impressive cast.  The scenic design by Joshua Warner is equally impressive in capturing the spirit and style of the movie, while allowing for efficient transitions.

Does the pace drag in the last half hour?  Yes.  Could the story use a few less songs?  Perhaps.  Will you have fun?  Absolutely.  This frothy theatre cocktail is the ideal combination of naughty fun and self-aware humor.  This is the perfect date night excursion or friend’s night out to celebrate a movie many actually love. 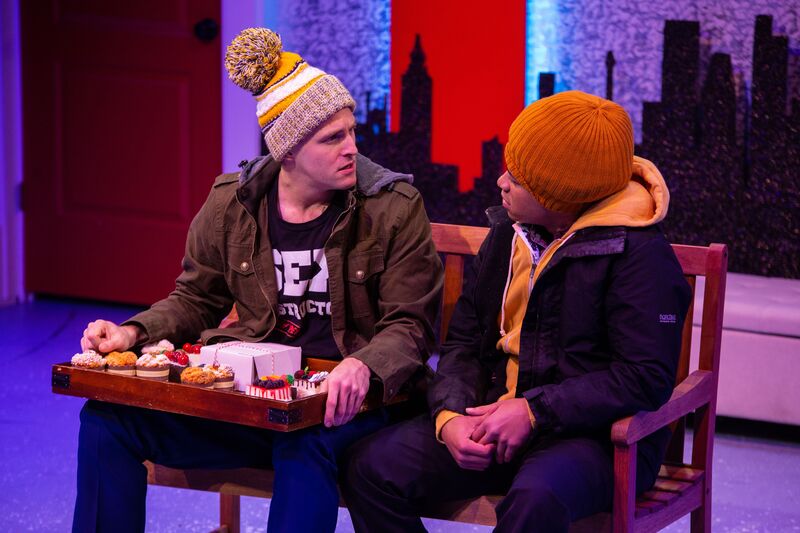 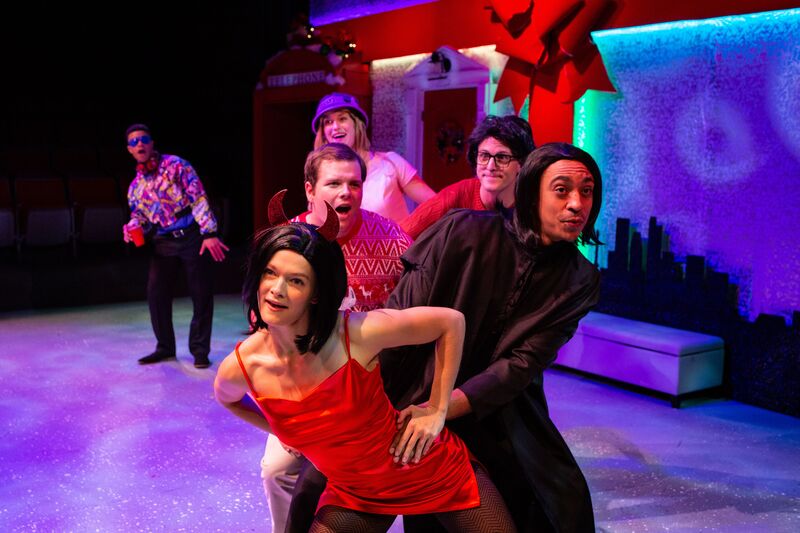 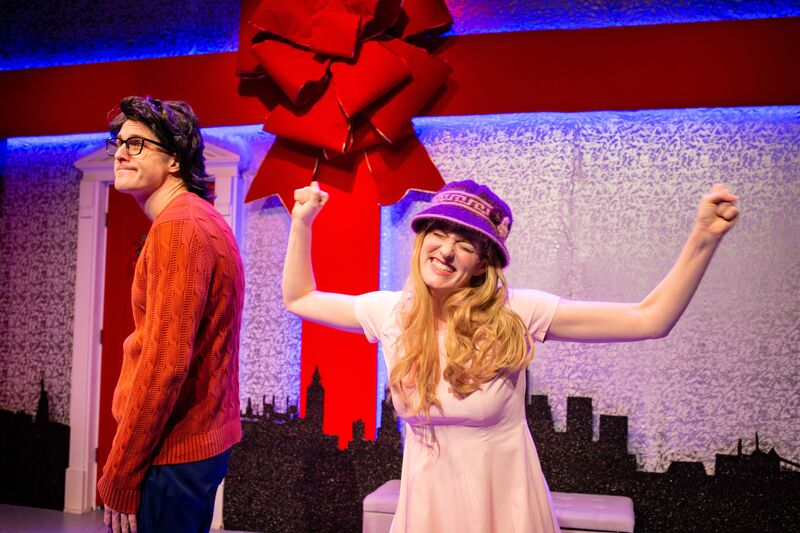 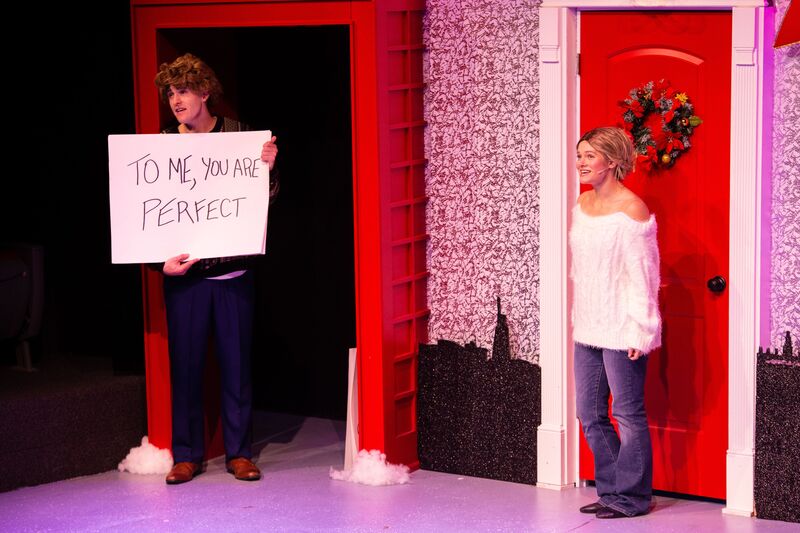 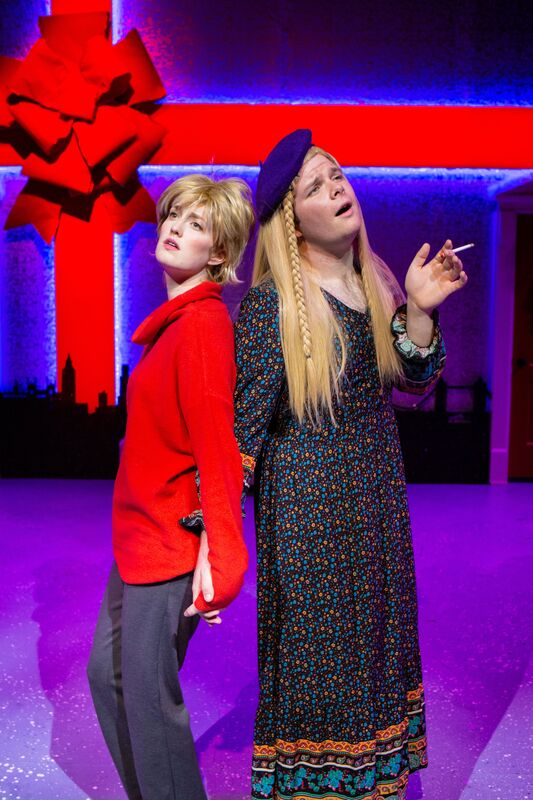