FILM REVIEW
I Want You Back
Rudy Segovia
Headliner Chicago

There’s always the awkward transition from going from ‘taken’ to ‘single and ready to mingle.’ In the new Amazon Prime Video film I Want You Back, we get asked the question of 'Is there be a way to win someone back with the perfect plan?'

Emma (Jenny Slate) and Peter (Charlie Day) find themselves in similar situation after getting dumped and then devise a plan to help each other win back their exes.

Peter befriends Emma's ex Noah (Scott Eastwood) by training with him at the gym. Emma's task is to break up Anne (Gina Rodriguez) and her new boyfriend who work in the same school. Emma volunteers to help out with the school musical, even though she doesn't have a student in the production. The scenes surrounding the musical are some of the funniest in the film.

I Want You Back is the film version of the plans some people devise in the middle of a restless night after getting dumped. The rom-com is funny at times, but really makes people question why they would want to be with someone after getting dumped, and is it worth it? I do hope Slate and Day continue to find projects together, because they are a true comedy dream team. The best thing that comes out of this movie is the conversations we can have with ourselves and friends on why relationships end and how to find the next steps. 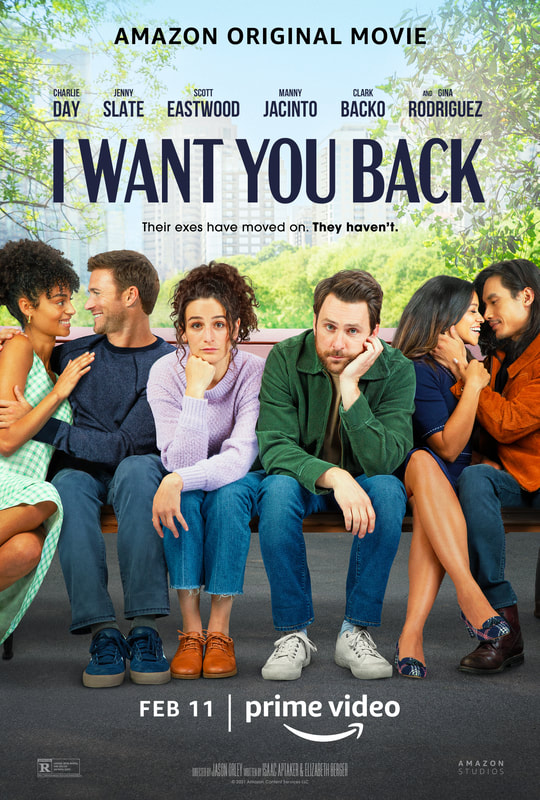 I Want You Back
is now playing on Prime Video